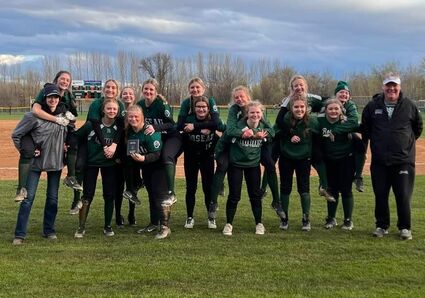 It was a tough last week for the Rams softball team as they completed their season going 1-4 in their last five games.  Though it was a tough week, the Rams played some very competitive games against some really good teams going 0-3 against the Gators and RLF.  Two of their best efforts for the season saw them go 1-1 with a 2-0 shutout of Warroad and a 5-2 loss to the Gators. Also, after the conference season, the Rams ended up being the first-place team in the large school group of the conference which pitted them against RLF, which finished first in the sma...