Remembrances from Memorial Day 2022 in Roseau 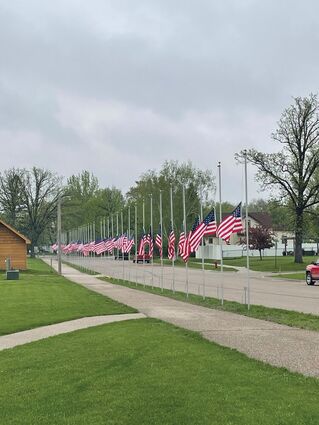 Veterans Park with its boulevard of American flags

Originally, the program was to be held outdoors at the Roseau County Veterans Park.

But not this monsoon season.

Retired Army Lt. Col. Val Bernat wasn't leaving anything to chance. Some of the most faithful attendees are octogenarians or older, and he didn't want them getting soaked.

Rain had been forecast, and it arrived 15 minutes after the conclusion of the Memorial Day program at the Roseau City Center.

Before the 9 a.m. program, Warren Hagen, a 1948 model, was spotted coming down the sidewalk.