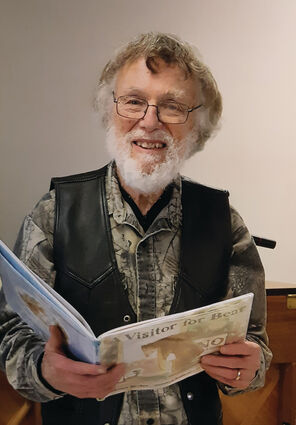 "Christians are too narrow," argued a man. He was responding to a Christian friend's witness to him of Jesus Christ as God's only provision for our Salvation. It is curious, is it not, how some folks find "narrow" to be negative when it comes to the claims of Christianity, and positive when it comes to other areas of life. For example try and convince a math teacher that two plus two equals five. Or how about, you're having open heart surgery performed by a surgeon who cheated on his final exams? How about going to a druggist with a prescription from your doctor, having him read it and then grab bottles off the shelf at random, shake a little of this and a little of that, put a cap on it and then say: "Here it is, that'll be $50." You say, "Excuse me, what did you mix together in this bottle?" He replies: "Beats me. I'm not a narrow druggist, I'm a liberal druggist. But I'm sincere!"

The fact of the matter is, SOME THINGS IN LIFE ARE VERY NARROW! In the Scripture before us the apostle John wants to be very specific about something, the Person of Jesus Christ. Who is He really? John is writing to a local church which is in deep distress over some teaching (and teachers) who are preaching "another gospel." John hears about this and concludes: "Nobody's gonna mess with my flock and get away with it!" So he writes this letter we call 1 John and sets out to accomplish three things with God's people: 1. Comfort them in their distress over this "false teaching." 2. Show them how they can have assurance of their Salvation. 3. Give them a "Test" to use to uncover false teachers.

Let us examine together 1 John 4:1-6. "...do not believe every spirit, but test the spirits to see whether they are from God..." (Verse 1). Now John may be giving a warning like Paul did in Ephesians when he talked about the danger of being "blown here and there by every wind of teaching" (Ephesians 4:14), but it may be more than that. He is obviously thinking about the religious teachers who have left the fellowship and he is concerned about the "spirit' which motivates their mouths. Where does their teaching originate?

John recognizes, as does the whole Bible, two sources from which spiritual teaching originates: GOD and Satan. The Spirit of God will always lead us toward Christ (for example Jesus said in John 16:13-14: "But when he, the spirit of truth, comes, he will guide you into all truth. He will not speak on his own; he will speak only what he hears, and he will tell you what is yet to come. He will bring glory to me by taking what is mine and making it known to you...") On the other hand the teaching which originates with Satan will lead us down some other path. Paul writes in Timothy 4:1, "The Spirit (Holy Spirit) clearly says that in later times some will abandon the faith and follow deceiving spirits and things taught by demons." I am becoming more and more convinced that the devil's primary attack on the Church in America today is in the areas of doctrine, and dissension. Those of us who are in church leadership need to be constantly aware of this because as John writes: "...many false prophets have gone out into the world" (Verse 1b) "This is how you can recognize the Spirit of God" (or the spirit which originates with God)..." (verse 2). John is now going to give us the "Test" for testing teachers who come to with religious ideas (some of which, as is true of the major cults operating inner country, appear to be "special revelations" never before given by God).

Here's the Test (Verses 2,3): "Every spirit that acknowledges that Jesus Christ has come in the flesh is from God..." the word "acknowledges" here means both to "testify to," and to "put one's faith in." Both life and lip are involved here. "Jesus Christ has come in the flesh..." That is, "GOD HAS COME IN A HUMAN BODY. Jesus Christ was ALL OF GOD, AND ALL OF MAN IN A HUMAN BODY. This Test is designed to combat two major religious errors about Jesus: 1. That He was only divine. 2. That He was only human. "...but every spirit that does not acknowledge Jesus (as God come in the flesh) is not from God. This is the spirit of the antichrist, which you have heard is coming and even now is already in the world." (Verse 3) John is not dealing with the antichrist as a specific person here but rather a "spirit" presumably demonic, of which, John says in 2:18, there are "many" already in his day. This is not to say that there will not come, during the final part of the end times, a man who will embody in its most concentrated and destructive form, the antichrist spirit.

But the good news is: "You, dear children, are from God and have overcome them, because the one who is in you is greater than the one who is in the world" (Verse 4). Here John is stating the status (on the basis of the criteria listed at the end of chapter 3) that they do belong to God, and that the Spirit who indwells them will enable them to overcome the antichrist spirit who indwells those of the world. As the Gospel Song says: "We are more than conquers thru Him that loved us so..the Christ who dwells within us is the greatest pow'r we know" (Praise hymnal, #457).

Jesus said: "I am the Way, the Truth, and the Life, no one comes to the Father except by me: (John 14:6). John wrote in his Gospel: "The Word became flesh and made his dwelling among us. We have seen his glory, the glory of the One and only, who came from the Father, full of grace and truth" (John 1:14). Some things in life are very narrow. The "Way" to Salvation is narrow. It is in Jesus Christ, God's One and Only Son, God Himself, come in the flesh. He is "The Way, the only Way." We can rejoice that God has provided a Way. He could have left us alone you know!