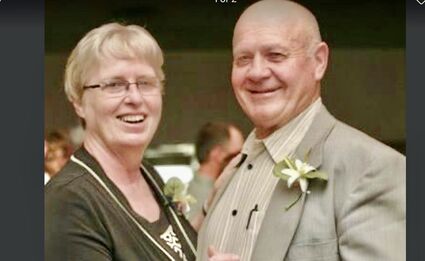 Michelle and Gary celebrating an anniversary

On a recent evening, Mr. Gregerson was ready to talk shop about anything and everything.

Like his stint in the Marine Corps a long time ago.

The thing is, he was drafted into the U.S. Army. That's what Uncle Sam had initially ordered.

He took the bus to Fargo with a bunch of other Roseau County draftees in February 1970.

He was standing in a long line, shoulder to shoulder when an NCO yelled out:

That took a few minutes.

Within seconds, every tenth guy had stepped in front of the rest of the formation.