Only in America can it occur with such frequency 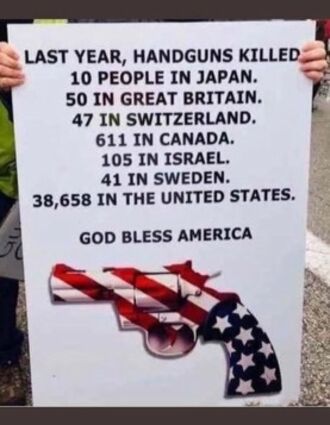 On the Fourth of July in Highland Park, Illinois, an affluent Chicago suburb, it was another American bloodbath.

Where were the guns shooting back at Robert "Bobby" E. Crimo?

There was no return fire.

At least six died and more than two dozen were wounded.

A CNN article on Monday reported that the Highland Park shooter was taken into custody around 4 p.m. on the Fourth of July.

He was described as a person of interest. Law enforcement is not searching for anyone else.

Once you've been in a shooting - at a school, night club, grocery store, bar, church, movie theater, funeral, or driving in...