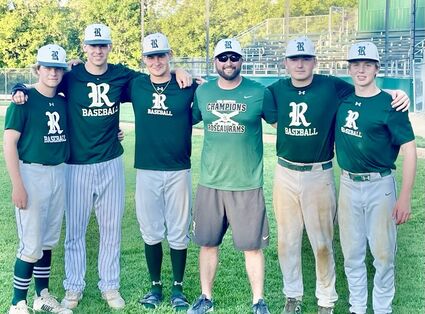 Make no mistake about it.

The 2022 state-runner-up Roseau Rams baseball team was loaded for bear.

They had their thoroughbreds.

So, their great success at the state tournament maybe wasn't predicted, but it was foreseeable if they hit their stride.

Recently, the 2022 Roseau Rams baseball team was singled out for a number of accomplishments, beginning with Josh Weckman, who was honored as the 2022 Section 8AA Coach of the Year.

Speaking on Sunday evening, he was delighted that five of his players were named to the All-Section 8AA team.