Librarian Melissa Wilson, a battler, is fighting the toughest odds 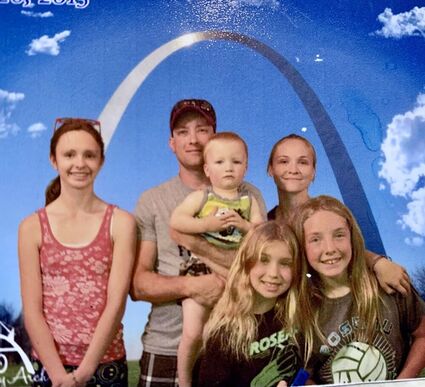 According to her parents, Pearl and Kristy Wilson, doctors gave Melissa a mere 48 hours to live.

In a text after she was airlifted to Grand Forks, they reported the following from Altru Hospital in Grand Forks where their daughter is in intensive care:

She has a 5% chance of surviving, but she got put in a coma so her brain can heal. The left side of her brain is permanently damaged and if she comes out of the coma, she will be in a wheelchair for the rest of her life as well as unable to comprehend or communicate.

Still, there is optimism.

On Tuesday, August 9, Pearl and Kristy spoke by cellphone standing outside Altru Hospital.

Melissa Wilson, 42, moved to Roseau in 1999, a year after she graduated from high school. Her parents moved here from Illinois a year earlier.

"We lived in Illinois and she was born there," said Pearl.

When told that their daughter is a great librarian with the Roseau Public Library, Kristy said, "She loves working there."

Their daughter also works as a cashier at SuperOne grocery store in Roseau.

The Wilsons have been staying at the Sunshine House, which is part of Altru, and they have set up a benefit fund for their daughter, who has three children of her own and could be facing monumental expenses if she beats the odds and recovers.

"It's going to called the 'Benefit for Melissa Wilson.' They can donate at the Border State Banks in Roseau, Badger, Greenbush, and Thief River Falls. They can make a deposit into that account in those banks if they choose to," explained Kristy.

Melissa is a graduate of Martinsville High School in Martinsville, Illinois, where she had been a volleyball player.

Her doctors had induced a coma to help reduce the stimulus to her brain.

"The less stimulus to her brain, the better the swelling will come down," said Kristy.

The most negative diagnosis initially was that Melissa's chances of living was estimated at 48 hours.

She has passed that deadline.

Additionally, the prognosis was she will never walk again.

Her parents and others aren't counting her out.

"She's a fighter. She's always been a fighter," said her dad.

By Monday, August 8, according to her mom, Melissa was reacting to sounds and recognizing voices.

"She would move, raise her arm, but they (doctors) wanted that to stop because it was stimulating her brain and they didn't want her brain to be stimulated."

Doctors ordered a CAT scan and discovered that her brain core is in perfect shape.

"The doctors started to say that she will live. We just don't know from this point on, what she'll end up being," said her dad, adding that people are praying.

"Anything is possible. It's going to be a long road to recovery," he said.

Last Friday, Mr. Wilson was asked how Melissa was doing.

"It's kind of a rough day today. Her pressures were up in her head. They couldn't really keep it down," he said, explaining that the last couple of days the pressure in her brain was fluctuating.

"They keep talking about five to ten days is a peak period. The brain cells start to die off and start pushing the pressure up."

Pearl acknowledged that his daughter's brain probably won't heal back.

"But we got a lot of faith, a lot of prayers, and believe that she is going to come out of this in fairly decent shape. That's what we're hoping for."

They sit quietly in her ICU room as does Jim Floyd.

"Jim and Melissa have been together for 12 or 13 years. His parents came up from Kansas to help out," said Kristy,

Avery Cartwright is Melissa's oldest child and is college-bound this fall.

A week ago Friday, she was spotted at the Roseau Public Library sharing some quiet moments with librarian Stacey Rusek.

Later, in a text, she summed up what she had wanted to say but needed time to be alone.

She is the big sister to Reygan, a RHS junior, and Tryce, a Roseau Elementary School third grader.

"My mom is my best friend. She means the world to me. I am doing my best to be as strong as I can for my siblings and my family. It's always felt like it's been my job to take care of them, my siblings especially. And I just want my mom to be okay, and to heal."