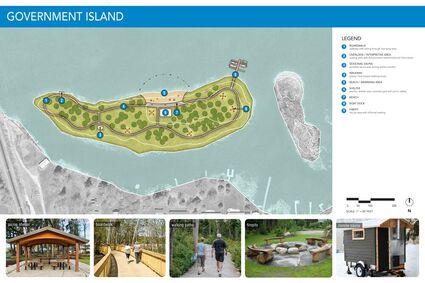 In an event held by the Warroad Community Development team, partnered with the City of Warroad, the beginning of the reclaiming of "Government Island" began on August 30, 2022.

Where/What is Government Island? It is a small island in the middle of the Warroad River. Man- Made by material dumped, which had been dredged from the near Muskeg Bay on adjoining Lake of the Woods. It has been a staple "monument" on the Warroad River for 120 years. Mainly being used for commercial uses in its past for things ranging from temporary docks for large vessels in the 1950's to the logg...