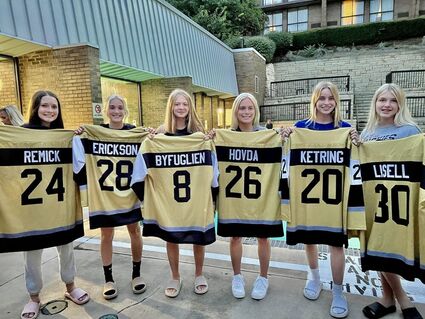 Last Friday and Saturday, six Roseau girls competed in an elite hockey tournament in Pittsburgh while seeing action in four games over the two-day event.

They played in two arenas - the UPMC Lemieux Sports Complex, a real treat to play in, according to Tanner Hovda.

"It's a gorgeous facility," he said earlier this week.

Also part of the venue was the Robert Morris University Island Sports Center in the suburb of Neville Island.

"They had to qualify for these teams," said Hovda, explaining that the Minnesota players were selected from the northern part of the state.