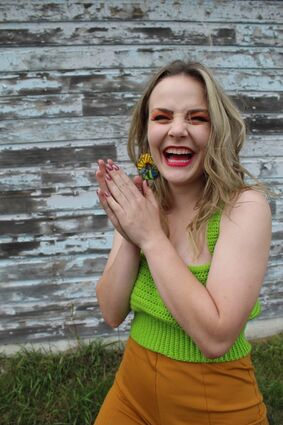 Gabbie just having another good moment

Harvey Johnson was spotted at his business, D & E, in Roseau, and was asked about his daughter's singing career in Nashville, Tennessee.

Roseau is 1,279 miles from Nashville, but Gabbie lives in nearby Dickson, Tennessee, which is 1,199 miles from Roseau.

She is a long way from home, but she's right where she wants to be - composing music and recording her songs.

"We went there to look for apartments, and we ended up building her a house in Dickson," said Harvey, noting that it is where her voice coach lives.