Cynder comes for a Visit! 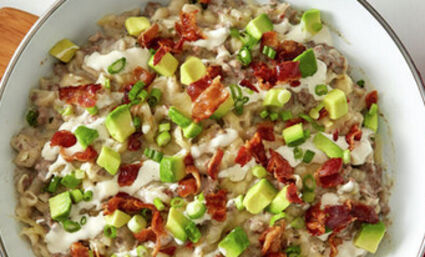 I think I've had Cynder at our house more than Brandon has had his own furbaby due to his apartment living situations.

Cynder moved back in with B awhile ago now. So when he asked if I could watch Cyn for a few days, I was more than happy to say YES!

It's always fun to spoil your grandpup for a bit and then send them back home again.

Cyn had become a permanent fixture at our house. It was sure quiet without him when he moved back to his home with B. I will say it was nice to have a break. I was ready for a visit and some spoiling again.

I may laugh a bit when B gets after me for spoiling Cyn at my house. Just wait until he has human kids one day!

When he's in my care, it's my rules. I can't say I have too many rules for him. Lol!

Cyn and I have been having a great time. He loves to play fetch and splash in the pool. He stayed with us until Monday when we had to go to Grand Forks to spend the night for my 7 a.m. appointment on Tuesday.

I have been enjoying seeing a mommy deer and her twins in our yard. I took a video and you can see to the top right I have also been taking photos.

Awww...so cute! UNTIL I watched them eating my flowers and saw evidence of them helping themselves to my garden! I can't say they are so cute anymore. They are brats!!

Reduce heat; cover and simmer about 10 minutes, stirring occasionally, until pasta is tender. Remove from heat; stir in 1/2 cup of the cheese and the mayonnaise.

Two guys are walking through the woods one day when they stumble across a big deep hole.

The first guy peers into it and says, "Wow! That looks deep."

The second guy says, "It sure does. Let's throw a few pebbles in there and see how deep it is. We'll be able to tell the depth by how long it is before we hear the noise of the pebbles landing."

So they pick up a few pebbles and throw them in and wait. Nothing. There's no noise.

The first guy says, "Jeeez. That is really deep. I know, let's throw one of these great big rocks down there. Those should make a noise."

So they pick up a couple football-sized rocks and toss them into the hole and wait... and wait... Again, nothing.

They look at each other in amazement. Then the first guy gets a determined look on his face and says, "Hey, over here in the weeds, there's a railroad tie. Help me carry it over. When we toss that sucker in, it's gotta make some noise."

So the two of them drag the heavy tie over to the hole and heave it in. Once again, not a sound comes from the hole.

Suddenly, out of the nearby woods, a goat appears, running like the wind. It rushes toward the two men, then right past them, running as fast as its legs will carry it. Suddenly it leaps in the air and into the hole.

The two men are astonished with what they've just seen and look at each other in amazement.

Then, out of the woods comes a farmer who spots the men and ambles over. He asks them, "Hey, you two guys seen my goat out here?"

The first guy says, "You bet we did! Craziest thing I ever saw. It came running like crazy and just jumped into this hole and disappeared!"

"Nah", says the farmer, "That couldn't have been my goat. My goat was chained to a railroad tie."