Eleven01 Apartment Complex Is A Big Plus for Roseau 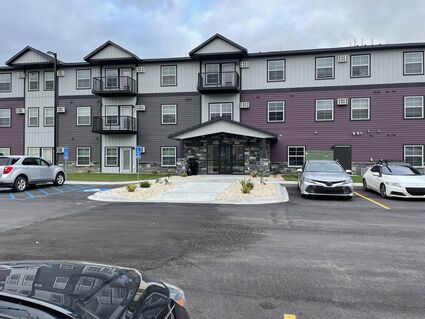 A view from the front of Eleven01

Roseau Mayor Dan Fabian, a tall man never short on words or an appreciation of a great team effort to build more affordable housing in the city, spoke at the grand opening of Eleven01 on Tuesday, September 13.

"I obviously thanked former Mayor Jeff Pelowski because this whole thing was started before I came on board. Those people deserve a tremendous amount of credit for the hard work they put in," he said, noting that both Citizens State Bank and Border Bank were instrumental in some of the borrowing that was necessary.

Later, he remarked on the construction cost of approxima...