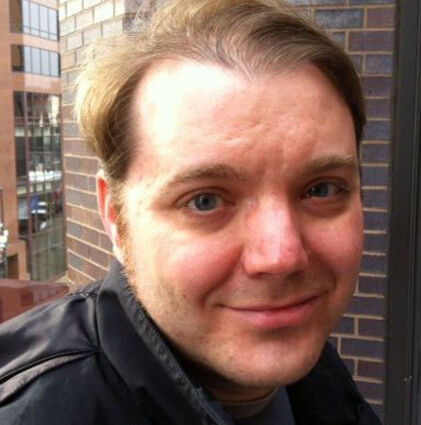 Johan Cayley Engevik was born in Thief River Falls on July 29,1974 to Nathan Engevik and Michele Cayley. He lived on the Gatzke farm in Veldt Township until his parents moved to Minneapolis and then Des Moines,  Iowa where he attended school and learned how to play chess. He later graduated from Fargo North High School where he participated in music, drama, speech, and Chess Club. Johan was the state humor champion in speech his senior year. He also advanced to a high state chess rating and began taking guitar lessons. He graduated from the University of Minnesota with a political science degree and made Minneapolis his home where he could advance his musical and performing talents. Johan worked as a bartender, server, and chef while advancing his performing and chess talents. Johan spent his final years working at the Italian Eatery in Uptown where he made many close friends. He was proud of the fine food and service the Italian Eatery provided to customers.

He spent many hours playing chess at the CC Club as well as music gigs at the Terminal Bar, Palmer's Bar, and Lee's Liquor Lounge. He enjoyed fine dining, quality wine, and the art of conversation. For several years, Johan drove grain trucks on the custom harvest run for his father to earn extra money for his music pursuits. One rainy night on the upper deck of the Capitol Inn in Pierre, S.D., guests began to open their doors so they could listen to his music. Later he mentioned that was the evidence he required for attempting a music career. Later, he said that he was pleased with the music he produced while playing in a band called Glean with his good friend, Brooke Calder.

Johan was a scholar and deep thinker. He was a kind and empathetic person who spoke with strong undertones of humor and sarcasm. He enjoyed thoughtful discussion, respectful banter, and thought provoking questions. He was not afraid to challenge the status quo. His song, "American Chairs" is one example. One of his favorite books to discuss with his father was Zen and the Art of Motorcycle Maintenance by Robert M. Pirsig. The book attempts to define a quality life. In his life, Johan pursued high values, honest friendships, and quality music.

Johan enjoyed visiting his mother in New Mexico and traveling to Michigan. He experienced a close relationship with his sister Katie and his grandparents, Reuben and DeLoris Engevik and Hubert and Rose Marie Cayley. He treasured his many friends at the Italian Eatery, Palmer's Bar, and the CC Club. Friends recently honored Johan at the CC Club on July 29, his birthday.

Johan is survived by his parents, Nathan Engevik and Michele Cayley, his stepmother Karen, sisters, Katie and Amy, and brother Daniel. Johan was preceded in death by his grandparents, Hubert and Rose Marie Cayley and Reuben and DeLoris Engevik.

Memorial service will be held 2:00 p.m., Sunday, October 9, 2022 at Johnson Funeral Service in Thief River Falls. Visitation will be held one hour prior to the service at the funeral home. Burial will be held at a later date at Landstad Cemetery near Gatzke.