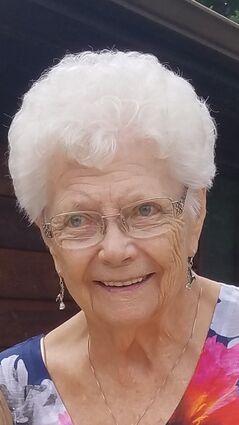 Thief River Falls- Rose Marie Bergerson, of Thief River Falls, formerly of Two Harbors, passed away on Sunday, September 25, 2022 at Karlstad Senior Living in Karlstad, at the age of 86.

Rose Marie (Palm) Bergerson was born October 2, 1935 in a little log cabin near Wannaska, the daughter of Andrew and Edna (Jesme) Palm.

On January 19,1954 she was united in marriage to Donald Bergerson in Wannaska. They had two girls, Sandra and 3 years later Teresa. She attended high school in Roseau.

After marrying they lived in Grand Forks and eventually moved to Silver Bay where Don took a job at Rese...