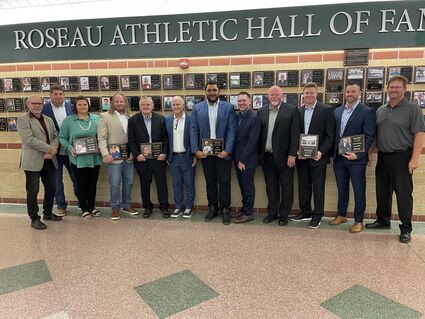 On Sunday afternoon at the Roseau School Theater, five very deserving individuals and a RHS team were honored.

This is a community hall of fame recognizing athletes and accomplished individuals, who may not have attended Roseau High School or had moved elsewhere before graduation.

"I was so honored when Joey called and asked if I would be his presenter," he said, describing Mr. Benke as an extremely talented high school and college baseball player.

Mr. Benke reminisced about the...