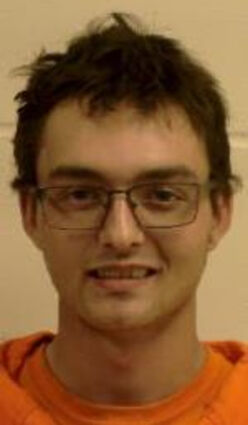 The charge stemmed from a report to police at about 1:12 a.m. Oct. 4. According to the complaint and police report, Johnson was "doing burnouts" and had crashed into a shed at 821 Pleasant Ave. The complaint indicated that police observed Johnson as well as a Chevy Suburban parked in the yard. The passengerside tail light was broken. Johnson admitted, "having a few drinks." A preliminary breath test had a result of 0.124. At the Law Enforcement Center, Johnson complied with a test on the DMT machine. That machine had a result of 0.09. The complaint indicated that Johnson has "previously been convicted or registered implied violations a total of three times." At the time of this incident, he was on probation for a second-degree DWI conviction out of Pennington County.

There was also an arrest warrant related to a felony DWI charge filed on Sept. 16 in Marshall County.