Warroad hockey legend is honored at the Gardens 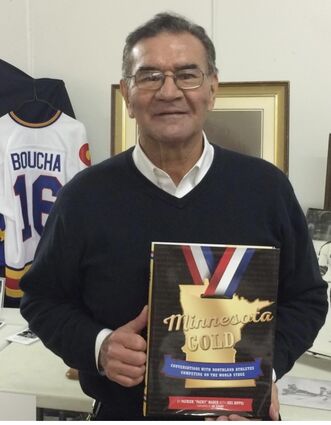 Undated photo of Henry, an author and filmmaker

On Thursday, December 29, Henry Boucha, an outstanding amateur and NHL hockey player a half century ago, was honored before the Warroad Warriors faced off against Orono during the Hockeytown Holiday Classic Tournament.

Mr. Boucha arrived with a camera crew as he is now an executive producer of an upcoming documentary on his life and times.

He's a humble man, who incurred a very serious eye injury, which ended his career prematurely after Dave Forbes of the Boston Bruins butt-ended his hockey stick into Henry's right eye-socket in 1975.