Roseau City Officials Are Sworn In 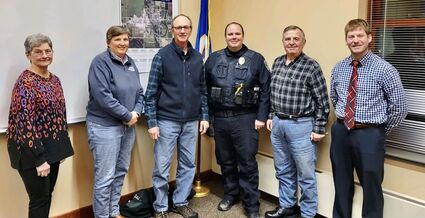 Next, the new Roseau Chief of Police Marc Hodge was issued his oath of office by Ms. Moren.

Council Member Pat Novacek, who has two years remaining on his term of office, was not required to be sworn in.

Speaking later on Monday evening, Brady Johnson noted that it had been a fairly long but productive meeting.

"We went over the assignments, budgets, and employee negot...