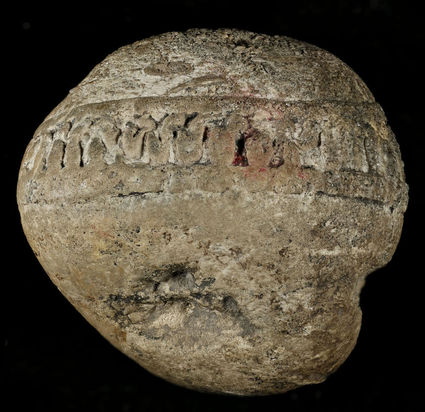 Submitted by Mavis Gonshorowski The Tribune

"It's never been proven that it's natural, or that it's actually been hand-inscribed," Roseau County Museum Director/Curator Britt Dahl stated.

Dahl was referring to a small stone that was found by Jake Nelson, a resident of the Roseau, Minn., area found while he was working in his garden in 1916 or 1918.  Along with the stone also found was an "Indian Club", arrowheads, and a stone used to scrape hides.

This information reportedly  comes from a conversation with the late Mike Holm, Minnesota Secretary of State and former Roseau resident, on...