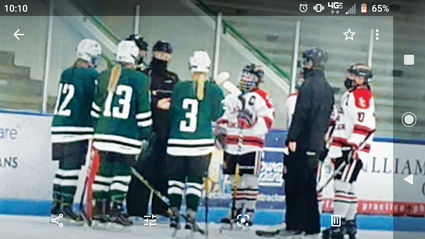 The Roseau Rams Girls hockey team was on the road for two important Section 8AA games on February 19-20. The Rams gained two wins on the weekend which improved their section record to 6-0-1. Roseau knocked of Sartell by a 5-1 score in the Friday game and followed that up with a 4-0 shutout over St. Cloud in a Saturday noon game.

There has been a longstanding Section 8AA rivalry between Roseau and Sartell and this game was played at Bernick's arena in Sartell which is always a fun...