Going to State With the Little Lady Rams 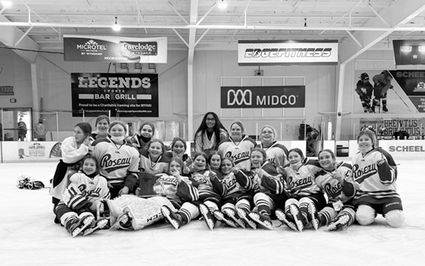 What a super outing for the Roseau 12-U girls hockey team.

Last weekend at the Cullen Hockey Center in Moorhead, they won the region title to advance to the state tournament by defeating Fergus Falls 6-2, Moorhead 5-1, and Grand Rapids 6-2 in the finals.

It was a total team effort with multiple stars.

Then, in the 5-1 semifinal victory over Moorhead, Amelia Kvien led the way with 2 goa...