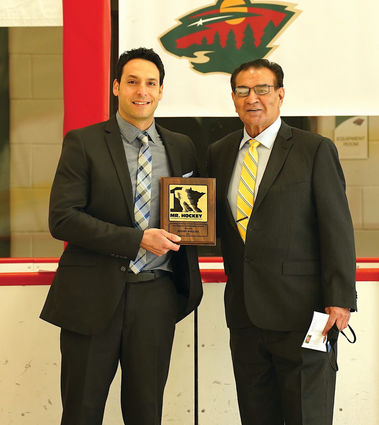 A week ago Monday, April 5, Mr. Henry Boucha - the pride of Warroad and Roseau County - became the fourth recipient of the Mr. Hockey Ambassador Award at the 2021 Mr. Hockey Award Ceremony at the TRIA Rink in St. Paul.

It was a great location to hold the festivities since it is the practice facility for the NHL Minnesota Wild.

"We streamed everything," Henry said on Sunday from the Twin Cities.

Forever, Mr. Boucha has also been the pride of the Ojibwe Nation as he starred for the Warroad Warriors, the U.S. Olympic hockey team, and the NHL, starting with the Detroit Red Wings...