Two Weeks In France; The Wine, The Cheese, A Soldier Remembered 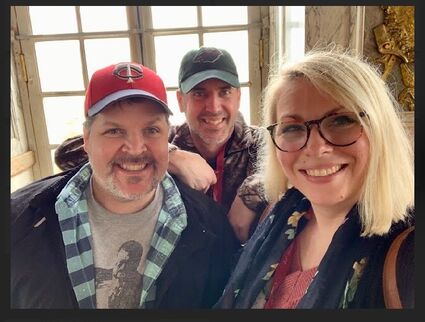 After an eight and a half hour flight from Minneapolis-Saint Paul International Airport, Rick Storey of Faribault arrived at Charles de Gaulle Airport for a two week stay in France. Rick was met by good friends Jake Pulkrabek, formerly of Roosevelt, and his French bride, Marion (pronounced MAR-ee-un) Vangaeveren.

"Rick wanted the French experience," explains Marion. "We planned a day trip to Paris, a two and a half hour train trip from where we live in Argenton sur Creuse. We spent the day touring monuments and had a great lunch in a traditional Parisian brasserie Chez...