A Sweet Meet and Greet at the VFW 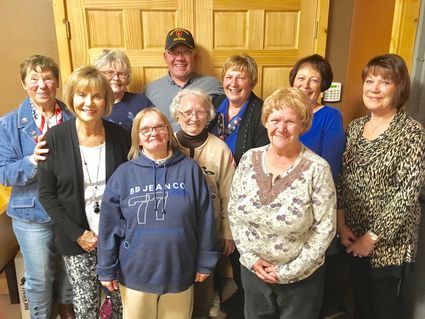 A week ago Thursday evening at the Roseau VFW, the old veterans sat at long tables, recalling old times and mostly good memories, being fed like kings, and appreciating that they weren't standing out in the cold and the rain like many of them did when they were much younger.

Here was retired Air Force Colonel Jeff Parker, a septuagenarian, listening to a couple of former infantrymen - straight leg grunts - who had served in Vietnam.

"You guys think you had it tough," said Parker, a jet pilot who was stationed in Guam during the war.

"We had to watch the same movie two nights i...