Separation Of Church and State? No! 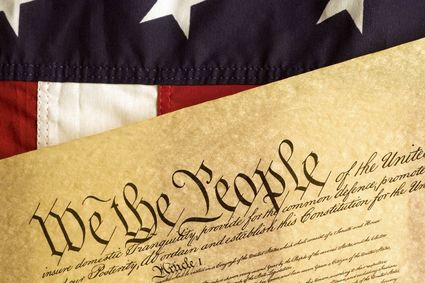 I stand by the words in the title of this article. And in relationship to separation of State and Church? Yes. We are living in treacherous times and Christ's Church (the Christian Church) needs to be aggressively – verbally and actively participating in addressing it. I have been challenged by at least one person that, "Pastors (and the church) should stay out of politics!" I would challenge this view by saying that, government and politics aren't always the same thing. Politics can be a substitute for government and give the Devil a destructive advantage. And yes, let's be honest, as I've stated before, Satan through his "mighty powers of darkness" whom the apostle Paul describes as those, in the spiritual realm, "who rule this world" need to be faced and defeated by God's people through God's resources.

Now I would invite people of the Jewish Faith to join us in this battle. Where we don't share the same view about Jesus we both can bring a supernatural perspective to standing against those who would bring down America. Let's face it folks, Christians and Jews are going to come against increasing attack and attempts to silence us and control us.

All governmental authority ultimately goes back to God and he will have the final word. In the Christian Faith we believe that God the Father has placed his Son as the head of all authority. Jesus said to his disciples before he returned to heaven, "I have been given complete authority in heaven and on earth." (Matthew 28:18). In Philippians 2:9-11 Paul picked up on this authority God has given his Son when he said this about Jesus' resurrection: "...God raised him up to the heights of heaven and gave him a name above every other name, so that at the name of Jesus every knee will bow (on both sides of the "aisle"), in heaven and on earth and under the earth (that will be the reluctant posture of hell), and every tongue will confess that Jesus Christ is Lord, to the glory of God the Father." As God's people we need to decree on earth and into the spiritual realm (including to the Devil), "JESUS CHRIST IS LORD!" We're going to take a look at how this can work, but first I want to raise up a verse from the book of Proverbs, from the "wisdom of the ages," Proverbs 29:18: "When people do not accept divine guidance, they run wild. But whoever obeys the law (God's law) is happy." I do not want to attempt to make this verse say something it's not, but I believe it's part of the role of the Church to bring "divine" guidance, to government, and government out to the people. Substitutes should not be embraced on either end.

As God's people, we need to come against, on both the spiritual and human levels, the wickedness that has taken place through voting deception, and will continue to take place if the "Left" gets into office with Joe Biden as President. We need to stand against the Left's attempts to bring down America. Here's how we can decree and proclaim, "JESUS CHRIST IS LORD!"

Through prayer. Prayer is the Church's (and the individual believer's) weapon against the Devil's deceit and power to destroy. And we need to pray in the Spirit asking the Holy Spirit what and whom to target in our prayers and empower us to do so. The apostle Paul takes this even deeper in Romans 8:26, 27: "And the Holy Spirit helps us in our distress (are you distressed about the situation in our Country right now?) For we don't even know what we should pray for (however, we should know concerning the current evil going on against our President and the election fraud), nor how we should pray. But the Holy Spirit prays with groanings that cannot be expressed in words, And the Father who knows all hearts knows what the Spirit is saying, for the Spirit pleads for us believers in harmony with God's own will." Now I know that I'm borrowing this scripture for a different application than Paul was addressing, but the Spirit will empower us in prayer for anything within his will.

It is God's will that every last bit of the election fraud (every false vote) be brought out of the "darkness," exposed to the light and hold all those responsible for their evil deeds. Now you can be sure that as we pray against this evil, both the Devil and his helpers (and I'm not referring to demons here) will level an attack against us. Evil hates the light. John wrote in John 3: 19- 23: "..The light from heaven (Jesus) came into the world, but they (evil doers) loved the darkness more than the light, for their actions were evil. They hate the light because they want to sin in the darkness." They stay away from the light for fear their sins will be exposed and they will be punished. But those who do what is right come to the light gladly, so everyone can see that they are doing what God wants. JESUS CHRIST IS LORD!

We can come against ALL attempts to bring down America (whether domestic or foreign through supporting our President in any way we can: especially through prayer! Let's face it folks, the main target of the Left's evil is President Trump. They are, even if they don't realize it, supporting the Devil's agenda. I am persuaded that all the shameful attacks against our President over the last four years are a part of the Devil's attempt to bring him down because he knows that the President has a committed heart for America and our founding values and I am becoming more and more convinced, for our Lord Jesus Christ, and he has vice-president Pence by his side. The Devil attempts to attack and destroy any gifts, talents, and resources that can be given over to God: "Be careful! Watch out for attacks from the Devil, your great enemy He prowls around like a roaring lion, looking for some victim (i.e. our President) to devour. Take a firm stand against him, and be strong in your faith" (1 Peter 5:8-9)

The moral and spiritual values found in God's Word (the Bible) and expressed and promoted through Christ's Church should be the foundation for our government's decisions in these areas. God's Word warns us in Proverbs 28:2: "When there is moral rot within a nation, it's government topples easily. But with wise and knowledgeable leaders, there is stability." We need to work for and support the appointment of conservative, constitutional judges on all levels, especially the Supreme Court. We need to vote in conservative women and men on all levels of government including mayors and governors. We need President Trump's support for this during the NEXT FOUR YEARS. Don't buy into the media, folks. It ain't over yet!

Christ, through his people, needs to have a godly influence in government as well as everywhere else – including our schools. JESUS CHRIST (the "Head of the Church," Colossians 1:18) IS LORD...OF ALL!

At the end of the book of Philippians, Paul makes a huge statement that is easy to miss but it's crucial to the times we're living in. In Philippians 4:21, 22 Paul sends his greetings – from jail – to the Philippians: "Greet all God's people in Christ Jesus. The brothers and sisters who are with me send greetings. All God's people here send you greetings, ESPECIALLY THOSE WHO BELONG TO CAESAR'S HOUSEHOLD (emphasis, mine). William Barclay writes: "It is of the greatest interest to note that even as early as this, Christianity had penetrated into the very center of the Roman government. There is hardly any sentence which shows more how Christianity had infiltrated even into the highest positions in the empire" (Barclay, the daily Study Bible Series, the Letters to the Philippians, Colossians, and Thessalonians, P. 87).

Jesus charged his disciples in the Sermon on the Mount: "You are the salt of the earth. But what good is salt if it has lost its flavor? Can you make it useful again? It will be thrown away and trampled underfoot as worthless. You are the light of the world – a city on a mountain (or "hill," – how about Washington, D.C.?), glowing in the night (or darkness) for all to see. Don't hide your light under a basket! Put it on a stand and let it shine for all. In the same way, let your good deeds shine out for all to see, so that everyone will praise your heavenly Father" (Matthew 5:13-16).