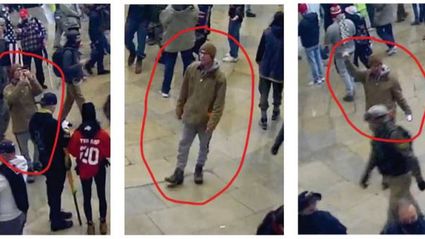 On Friday, March 19, Jordan Stotts, a 2007 Roseau High School graduate, was arraigned at the Beltrami County Courthouse in Bemidji for his role in the January 6 insurrection.

Mr. Stotts, 31, had left an easy trail for the Feds to place him at the Capitol since he made his presence known on his Facebook account. He posted photos and incriminating comments.

Additionally, according to the criminal complaint, Mr. Stotts stated that he was a supporter of President Trump and had attended the January 6 rally because he had wanted "to make his voice heard and be a part of it."