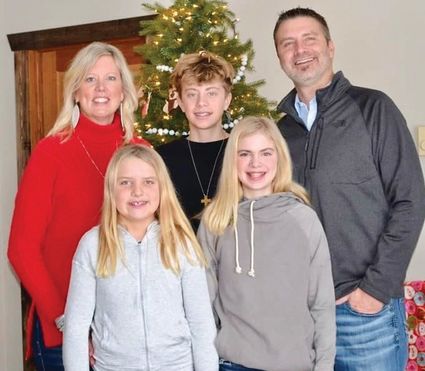 Back: The Hirst's: Cheryl, Ryan, and Ivan Front: Hannah and Carlee

Roseau High School Principal Ivan Hirst has accepted a new position as the principal at Kennedy Middle School in Fergus Falls for the 2021-22 school year.

Mr. Hirst, who spent the first of his four years in Roseau as the assistant principal before becoming the Roseau High School Principal in 2018, also served as the athletic director during his tenure at Roseau High School.

The native of Newfolden is ready for his new role at Kennedy Middle School, which has an enrollment of over 600 students.

Mr. Hirst is almost impossible to overlook in a crowd. He's tall and, with a basketb...