The County's 'Golden Oldies' Are Leading the Way 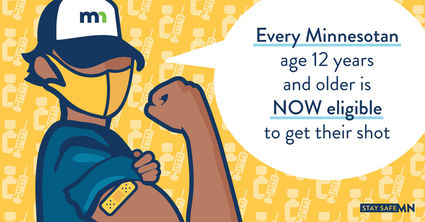 Maybe it was growing up in the polio era before Jonas Salk developed the polio vaccine.

The age group in their seventies and older remember the scourge of polio and gladly were vaccinated back in the mid-1950s.

Only a limited number of kids back then came down with polio, but it was enough for those not afflicted to take the shot.

A week ago Thursday, Keith Okeson, the CEO of LifeCare Medical Center in Roseau, spoke encouragingly when asked about the vaccine rate at LifeCare.

"The last number I heard was over 60 percent," he said, noting that in the regional meetings he's b...