Westward Bound With Sable And A whole New World 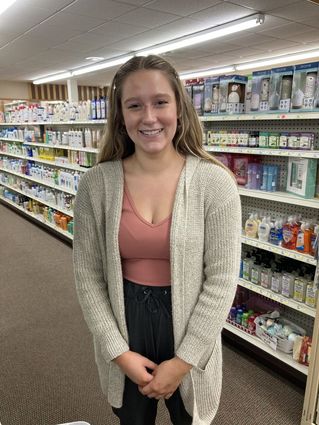 A week ago Wednesday, Sable Knochenmus, an industrious lass, stood in an aisle stocking shelves at Mattson Pharmacy in Roseau.

She can still pass for a college sophomore doing a summer stint at a local business.

Instead, she's a college graduate in a choice field and will soon move a long way from home. She won't be home for the weekends - unless she flies.

It would be later that evening when she bubbled over about her college major in athletic training and her new position in Seattle.