This Impressive Centenarian Is An Oldie but Goodie 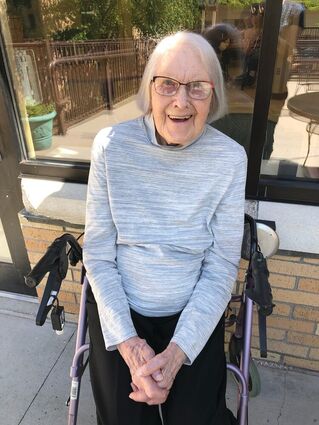 Barely a week before her 100th birthday on September 4, Lorraine Hedlund was spotted in her recliner in Room 103 at LifeCare Roseau Manor.

The book on her is that she's a sweetheart and a dynamo.

Her daughter-in-law, Linda Hedlund, remarked recently that Lorraine was an elementary school teacher.

And a farm wife, who milked the cows by hand.

"Her mind is better than mine. She does very well. She's seen a lot in her hundred years," she said, adding that Lorraine moved into LifeCare Roseau Manor in January.

Forget any notions that she's some old space cadet drifting around with...