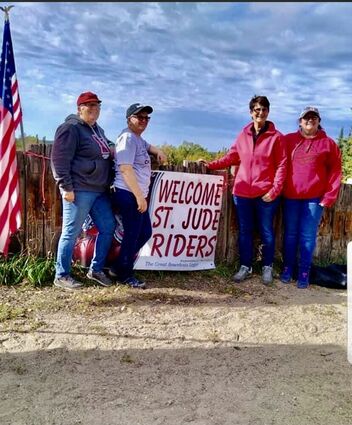 Nothing gets this cowgirl down - not for long.

Darlene Danielson found too much open space at the Bemis Hill Campground the last weekend in September out in the Beltrami Island State Forest to suit her fancy.

Ordinarily, it's a big gathering of folks who don't mind horse manure, horseflies, a rare dude, or even an occasional saddle bum.

"It was a really small crowd, but we did okay. It could have been worse," she said on September 26.

She was happy that they had raised at least $5,000 for her favorite medical organization, which treats pediatric cancer patients for free.