A trip of a lifetime and no C-Rations 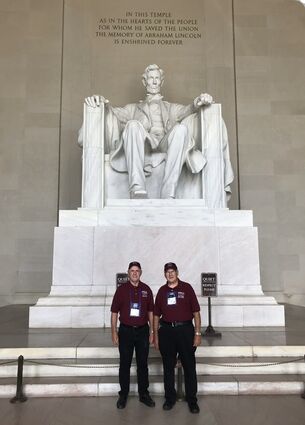 Jim and Jack at the Washington Monument

Take two old guys, still in pretty good shape, put them on a flight to Washington, D.C., and let them step into history.

That's how it felt for two local veterans, brothers Jim and Jack McDonald, who flew on an Honor Flight out of Grand Forks on Sunday, September 11.

That exact date 21 years earlier - like the attack on Pearl Harbor on Sunday, December 7, 1941 - will also live in infamy.

So, the Honor Flight holds a special significance for Jim, 81, and Jack, 78, who were already in awe before they boarded that airplane at Grand Forks International Airport.