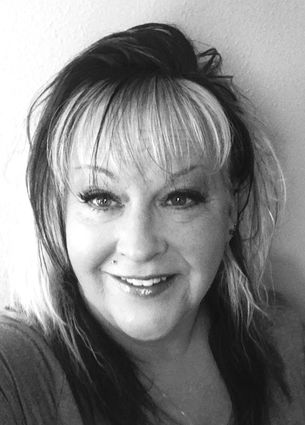 “On My Mind”, is quite the loaded statement this week. It’s probably best I don’t share everything that is on my mind today.

It has been quite eventful lately such as Brandon breaking his ankle Friday night.

He hurt it when he first arrived home for the summer and it was getting better. Friday night/Saturday morning he was goofing around with the boys and re-injured it. It was a trip to ER in the middle of the night where he found out it was broken.

He did quite well through the weekend and Monday was his appointment to get it put into a cast. He had been feeling rather bummed since he is quite an active kid. I tried to find as many “bright sides” as I could. It wasn’t working very well though.

At his doctor visit he found out it wasn’t broke, but badly sprained. He also found out he has an extra bone in his ankle that just floats around.

It was wrapped and he was told he needs to use crutches for a few weeks. He was very happy, his summer isn’t ruined!

Well needless to say I was a little concerned that one doctor says it’s broken and another says it’s just sprained. I prefer the second verdict, but it still had me concerned. I called the clinic to see if his regular doctor could read the x-rays and both of the other doctors were correct.

His ankle is sprained, he has a fracture (which is considered broken) and he has an extra bone floating. The treatment is your choice a cast, a walking boot or wrapped and crutches. He chose the obvious, wrapped and crutches. I would have done the same since it’s summer. He will survive and my mind is at ease.

We have had Star for around 14 years. She is a Chihuahua. Her health has been failing and it was getting time to bring her to the vet. (I won’t go any further on that topic because I am almost done writing and I don’t want to cry.)

Two and a half weeks ago she left. I assumed it was to go find a place to pass away, but that didn’t stop us from looking for her.

We never did find her. On Wednesday night around 11 p.m. Ariah heard two dogs barking so both Brandon and Ariah went to check it out. Needless to say I was speechless! Star was home!!

I had so many questions that she couldn’t answer, but I was happy to say the least. She is very skinny and unsteady on her feet, but she is alive. She was back to her spot this morning and I will see how she does over the next few days.

At that point it is time to have her checked by the vet, I don’t want her suffering. I also feel with whatever she went through while she was gone, home is much better and she is happy.

Do dogs develop alzheimer’s? Could she have forgotten her way home? Did she go to “find a spot”, but wasn’t ready? Whatever the case she is home!

Divide beef mixture evenly among rectangles. Bring ends up over filling, overlapping about 1 inch. Press edges with fork to seal. Brush each with water, and sprinkle with 1/4 teaspoon sesame seed.

An old married couple no sooner hit the pillows when the old man passes gas and says, 'Seven Points.'

His wife rolls over and says, 'What in the world was that?' The old man replied, 'its fart football.'

After about five minutes the old man lets another one go and says, 'Aha. I'm ahead 14 to 7.'

Not to be outdone the wife rips out another one and says, 'Touchdown, tie score.'

Five seconds go by and she lets out a little squeaker and says, 'Field goal, I lead 17 to 14.' Now the pressure is on for the old man.

He refuses to get beaten by a woman, so he strains real hard.

Since defeat is totally unacceptable, he gives it everything he's got, and accidentally poops in the bed.

The wife says, 'What the heck was that?'