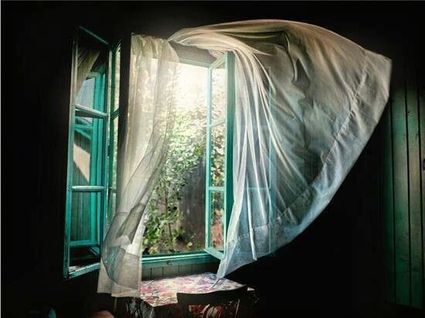 RJ's Place in Roseau has a new owner. Peggy McCourt bought the business and it is now known as the Pour House Bar and Grill.

Taylor Hedlund of Roseau and Joseph Olson of Warroad graduated with Bachelor of Arts degrees from Gustavus Adolphus College during the June 1 commencement exercises.

Clifford and Jeanine Fevold are celebrating their 60th wedding anniversary with an open house on July 20 at their home.

Pictured in the Times-Region with Dustin Byfuglien, when he was signing autographs at Transfers Unlimited in Roseau, were Nate Broten, Brandon Lund, Alec Severson and Cade Bakke.

Rick Olson and Dennis Cameron retired from the Warroad Forestry District on July 7. Between the two of them, they served for over 70 years in the district.

Ernest Lanes was celebrating his 95th birthday with an open house on July 19 at the Don Napper residence.

Jimmy Foss who was a top golfer for the Roseau Rams in high school is now a leading golfer at BSU. He was the number one qualifier on the Pebble Lake Golf Course in Fergus Falls for the MGA Amateur Golf tournament to the held in Minneapolis at Mendakota Country Club in Mendota Heights.

Diana Magner, Roseau County Extension Educator, was leaving her position as a youth development expert and coordinator of the 4-H program on August 15 to pursue an elementary teaching career.

Tyler Desrosier, two year old son of Allan and Robin Desrosier, was the winner of a bike during Kids Week held recently at Wally's in Roseau.

Sawyer Brown was a big hit at the Shakin' the Lake Concert held in Roseau. Bachman Turner Overdrive (BTO) was also a great success with the crowd. BTO was popular in the late 1960s and early 1970s.

The Roseau Evangelical Covenant Church was celebrating its 100-year birthday this weekend.

An open house for Edna Broten on her 80th birthday was to be held on July 17 at Rose Lutheran Church.

An accident claimed the life of long-time Roseau businessman and community leader Knute Grahn. He was killed instantly when his vehicle was involved in a crash at the intersection of Highways 11 and 32 at Greenbush.

The Stanley Petrowskis and the Oscar Johnsons both recently celebrated 50 years of wedded life.

A former Roseau man Patrick L. Hovorka, son of Mr. & Mrs. Roy Hovorka of Roseau, was an airline pilot flying out of Minneapolis for Republic Airlines.

Becky McDaniels, 17, daughter of Mr. & Mrs. Frank McDaniels of Roseau, was chosen by the Roseau Jaycees to represent them in the Miss America pageant during the Thief River Falls Aquacade. She was an expert on the trampoline and tumbling and she was the only girl in Roseau to skim over the Roseau River in her own Kayak.

Stewart Olson, son of Mr. & Mrs. Ronald Olson who lived south of Roseau, lost his life in a farm accident. He was pinned beneath a tractor in a ditch in two feet of water.

Mrs. Mervin Dokken of Pinecreek reported the first flying saucer of the season on July 6. It was described as an oblong shiny silver object very bright in appearance. It was first sighted at the Jalmer Andol place by a half dozen people.

Ernest Olmstead of Malung was united in the bonds of matrimony to Miss Cora S. Swanson of Roseau on July 8.

John Fealy, a twenty year resident of the Warroad community, died on July 11 at the Warroad Hospital. He had suffered a stroke.

June Dunham, youngest daughter of the late Mr. & Mrs. Ed Dunham of Roseau, and Oscar Hagen, oldest son of Mr. & Mrs. Arne Hagen of Grygla, were united in marriage at the home of the bride's brother, Newell Dunham, on June 30.

Three couples were honored on their 20th wedding anniversaries Sunday, July 2, at the Palmville Church. They were Mr. & Mrs. James Jesme, Mr and Mrs. Emil Benson and Mr and Mrs. Ernest, Ingebrigtson, Each couple received a set of lovely chinaware.

Florence Evelyn Skog and Lester August Norberg of Roseau were married on July 5.

Paul Billberg of Wannaska received a bad eye injury which may cause him to lose that eye. He injured himself exchanging sickles on a power driven mower.