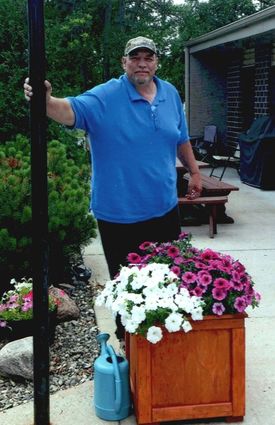 Bagley -Michael Daniel Harstad, age 58, of Bagley, formerly from Badger, died peacefully on Wednesday, January 15, 2020 after many years of physical and medical struggles.

He was born to Clinton and Ardyce (Sorenson) Harstad in Alexandria, on May 2, 1961. Mike was baptized and confirmed at Grace Lutheran Church of Bagley. He graduated from Bagley High School in 1979.

On September 29, 1984 Mike and Nancy Kaml were united in marriage. During this union they were blessed with a daughter Trista Mae.

He enjoyed deer hunting and fishing. Mike was an avid sports enthusiast. He especially enjoye...