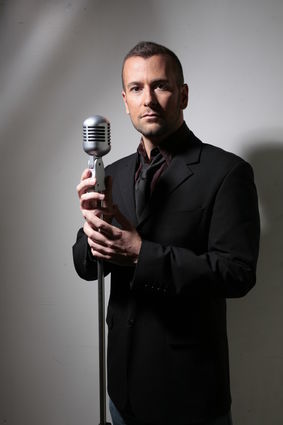 Terry Barber Trio will be performing at the Roseau School Theater on Thursday, February 20th at 7:30 pm for the Northern Lights Concert Association's third concert of this season.

Mr. Barber will be entertaining the audience members with two musical accompanists in a new program called "Around the World in 80 Minutes." It features arrangements by Emmy and Grammy award winning composers of the world's favorite melodies in 10 languages.

Audiences will hear popular works such as Danny Boy, Besame Mucho, La Vie En Rose, and contemporary songs like Bridge Over Troubled Water from Simon and Garfunkel, Broadway hits from the Andrew Lloyd Webber songbook, classic folk songs like Shenandoah and a host of other well known and loved works.

With an extraordinarily broad vocal range and natural fluency in these many musical styles, countertenor Terry Barber has been featured on some of the world's most storied stages. A voting member of the Grammy Awards, his voice has appeared on every major record label with the likes of Chanticleer, Madonna, Jewel, Chaka Khan, Cyndi Lauper, Steve Smith and many more.

Admission to the concert is by season tickets purchased in advance. To see excerpts of Terry Barber Trio go to http://www.northernlightsconcerts.com.