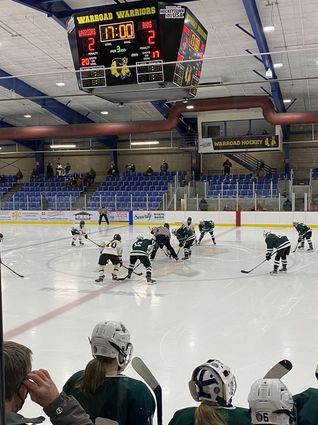 The Roseau Rams were on the road at Warroad on Tuesday, February 23rd for the third of four games in this pandemic limited 18 game season. For the third time the Rams found themselves holding the short end of the stick as Warroad picked up a 6-3 win. Roseau hit the road once again two days later and got back into the win column with a 6-0 shutout over East Grand Forks. The game at East Grand Forks was the fourth Rams game in seven days and all on the road. The Rams were in Sartell and St. Cloud on February 19-20.