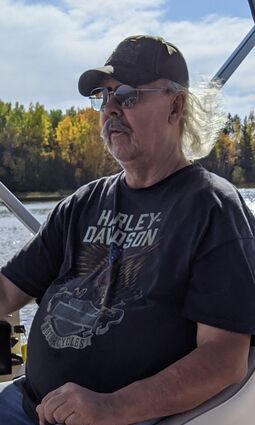 Baudette- Daniel "Dan" Edward Noga of Baudette passed away at Kittson Memorial Nursing in Hallock on May 18, 2022 at the age of 64.

Daniel Edward Noga of Baudette died on May 18, 2022 at Kittson Memorial Healthcare Center in Hallock. He had been transferred there three weeks earlier for hospice care. He was 64 years, 4 months of age when he passed. Dan had a weakened heart from a massive heart attack in 2002. Throughout his life he battled other health issues culminating with liver disease which he had been battling for the last several years.