Hunting is a McMillin Family Tradition 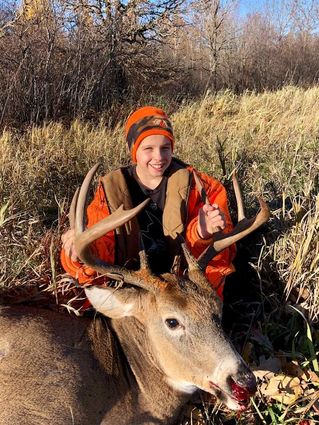 For most deer hunters, this is their favorite time of the year. They have their memories, photos, and hunting stories.

"It was on Monday evening. My two sons had hunted with me that weekend," he said on Wednesday.

He recalled that his older son, Brian, had to go back to work, and his younger son, Trevor, had to return to college at NDSU.

So, Harley was on his own.

"We hunt north of Lancaster on some land we bought. Sometimes, it's hard to find a place to hunt. So, we bought a spot to hunt," said Mc...