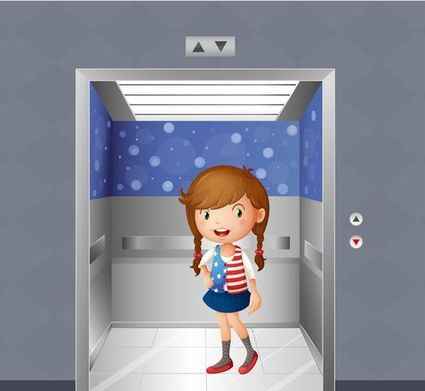 When I was 5 years old we went to Minneapolis for my brother's hockey tournament. We were all excited to go spend the 3 day weekend at a huge fancy hotel with a cool pool area, arcades, elevator, and restaurants. The highlight for everyone else was to go to the mall shopping, and watch my brothers hockey games. For me it was to spend time at the hotel, especially to ride the elevator and go swimming. The first day was spent at the Mall of America with our family, riding the theme park rides, shopping, and watching my brother's hockey game. On the second day we spent more time at the hockey rink watching more games and then we finally got some time to swim in the huge pool with water slides and other fun things to do. Although, it wasn't as much time as I wanted at the hotel.

I just wanted to ride the elevator up and down to the lobby as many times as I could. My brother and sister would get mad at me for always pushing all the wrong numbers on the elevator and getting out and back in on the wrong floors. I would giggle and they would get so annoyed with me. On the third day we were in a hurry to leave the cool hotel for another long, boring hockey game. I just wanted to stay at the hotel and swim. Again I didn't have a lot of time to ride the elevator up and down to the lobby. Anyways we had to go watch another hockey game; as I was riding down to the lobby with my mom, dad, sister, & brother they all walked out of the elevator car. They had all the hockey gear and stuff with them for the day.

When my dad turned around to get me he noticed me run back into the elevator and I started pushing all the buttons I could reach on the elevator. I loved to ride the elevator all day and they wouldn't let me even though I didn't want to go to the game. Then right before the door closed all the way my dad turned around and yelled "Sophia." Then the elevator door closed and the elevator started to go up, I started to get a little scared but I was also giggling. My mom, dad, brother, and sister were all freaking out because they didn't know what floor I was going to. It was a big hotel and there were a lot of floors. So my mom, brother, and sister ran up the stairs each to a different floor, in case the elevator stopped at that floor and opened. My dad stayed on the first floor near the lobby and started pressing the button to open the door. People started coming out of the elevator and he was asking them if anyone had seen a little girl on the floor they had just left. No one had seen me and I didn't see anyone either. I got up to a floor and the door opened. I got out of the elevator and ran down the hall looking for my family, but I couldn't find anyone. I then got scared and headed back to the elevator; pushed almost all the buttons that I could reach again. I had done the same thing on that floor; I ran down the hall looking for my family, this time I was very scared. I got back into the elevator and pushed some more buttons. The door closed for awhile and opened slowly and I then saw my dad was pressing the button to open the elevator, the door finally opened and I came out giggling. Dad hugged me with excitement that I was safe.

I thought for sure I would be in big trouble but he was just so happy to find me. I also realize the people at the front desk were happy to see that I got out of the elevator safe. My dad had told them what had happened. Then my dad called my mom to say that he had found me. Mom then had to go to the other floors and get my brother, and sister. After we all got together again I got hugs from everyone and then laughed about how fast my mom, brother, and sister ran up the stairs in a panic. They told me if I ever do that again, I will never get to ride the elevator anymore and would have to take the stairs. It is fun to ride the elevator, although I didn't realize how easy it was to get lost in a hotel. We then all ran to the van and drove to the rink and made it just in time for another hockey game.