This Old Postman Puts The Stamp on Originality 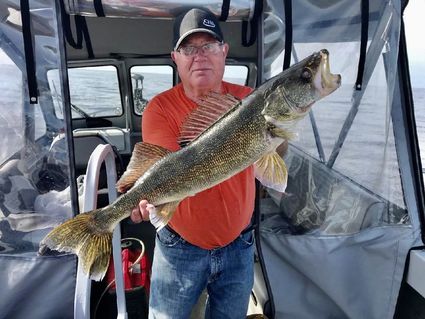 The Penguin with his walleye up at the Angle

His birth name is Edward Furuseth - a legitimate guy, a former Warroad Postmaster, and as quotable as Dizzy Dean, the long deceased Hall of Fame pitcher for the St. Louis Cardinals.

The City of Warroad adopted him or he adopted them.

Nobody is really saying although he almost bleeds black and yellow, which are the school's colors while Roseau's colors are green and white.

He has occasionally referred to one of Roseau's colors - all in jest - as the "green slime."

He has at least two nicknames, starting with Fast Eddie,...