To run and not be weary, and to walk and not faint 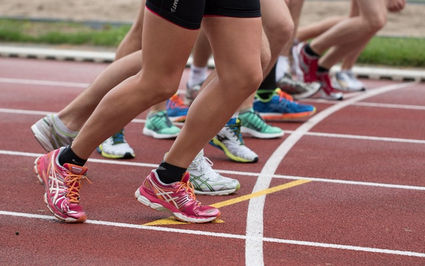 I have been thinking about walking to work (1.2 miles), when the weather gets nicer. I just googled that! I thought it was further. Now I have no excuse!! Setting goals, can be an illusive thing.

I am a chart maker. I love to use my computer to do this. It is a visual thing. I make calendars, graphs, and maps. When I was in high school, I loved to diagram sentences, the slanted lines turned writing into an adventure. It is a visual thing. Charts and maps are good but only if you follow them. Our action makes it real and hopefully productive.

James 1: 22-25 reads: "But be doers of the word, and not hearers only, deceiving yourselves. For if anyone is a hearer of the word and not a doer, he is like a man who looks intently at his natural face in a mirror. For he looks at himself and goes away and at once forgets what he was like. But the one who looks into the perfect law, the law of liberty, and perseveres, being no hearer who forgets but a doer who acts, he will be blessed in his doing."

This verse explains what I mean when I use the word action. Thinking about something is not enough. How many times have I told myself that I am going to do something. There are two kinds of declarations. One with action and the other with inaction or procrastination.

According to a 2009 study published in the European Journal of Social Psychology, it takes 18 to 254 days for a person to form a new habit. The study also concluded that, on average, it takes 66 days for a new behavior to become automatic.

If I start walking, it will become easier and easier, and I will get stronger and stronger. I need to lose some of the weight I have put on this last COVID year. (15 lbs to be exact).

I refuse to settle in

to old habits and lethargy. No more excuses. Accountability is important!

Speaking about accountability, I have a friend who once said to me. "I will never bow down to anyone". Bowing down to me means accountability not only worship. I thought, "I wonder if this also means their relationship to God?" I know that my friend is concerned about the future, but when I hear my friend respond to life in this way, their words display a lot of sarcasm and anger. Is it deep, or just on the surface? I don't want their past to control their future. I want them to live next door to me in Heaven.

Another thought: I wonder if distance learning impacts accountability? Team work is a huge part of being successful.

There was this battle in the Bible. Moses had a staff and held it over his head. As long as the staff was in that position, it impacted a positive outcome of an ongoing battle. When Moses' hands grew tired, his friends took a stone and put it under him. As he sat on it, his friends, Aaron and Hur held his hands up (one friend on each side) so that his hands remained steady till sunset. The battle was won. You can find this in Exodus 17: 12-14.

Team Work!! Like Moses and his friends, this is a huge thing. Students could team together to encourage each other. When Londa ran cross country, she would be at the starting line. Joe and I would be there on the side, shouting and encouraging her.

Onward she would run, we would run to different points on the course, jumping up and down, we would yell encouraging words to her as she ran by. When she ran marathons, we would do the same thing.

I was a troubled student. If I would have had a group of encourager's in my life, not just saying "have you done your homework yet?" I know that I would have done better.

I had convinced myself that I was dumb. I wasn't. Maybe asking a student if they would like to be accountable to another student or friend would help both students. Not just accountability going one direction, but both ways.

Accountable is probably the wrong word to use with a struggling student. How about the words, "Be a Team Player! Join a Team! Get Up And Go!!!!" There are also learning styles which come into play.

I would have needed another student who had the same learning style as myself, kind of like riding a tandem bicycle, peddling together, or like a team rowing a boat, their rowing pattern needs to be the same.

Well, I hope I have encouraged someone. Have a good week everyone!