If Getting To Heaven Is Based Upon, Being Good Enough, "How Ya' Doin'?" 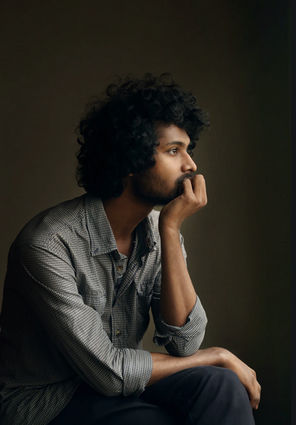 "How ya' doin'?" Has this question ever crossed your mind? Now if you hold to the position of the teen I mentioned in another article that, "When you die, they put you six feet under the ground and that's the end," you may not worry about being good enough. But what if? What if there is a beyond?

I heard about some Christians who conducted a survey along a busy sidewalk in a major city and one of the questions they asked was, "How do you think a person gets to heaven?" A frequent response was," By keeping the ten commandments." I don't know if their next question was "How ya" doin'?"

I asked a Muslim friend of mine if he thought he would be in heaven someday (considering the Muslim interpretation of an afterlife). His response was, "I won't know til' I get there and find out whether or not I've lived a good enough life down here."

A "senior" friend of mine, has raised the question that may be on the minds of many of us "older folks": "Am I ready?" This question looms larger as more and more of those who have been a part of our lives become the guest of honor at their funeral. I saw a cartoon one time of a couple of elderly ladies sitting on a park bench. One says to the other, "I'm so old I wonder of those who've gone before me wonder if I went to the other place," "The other place." that's another topic.

Good enough. I'd like to invite you to eavesdrop with me on a one-on- one conversation Jesus had with a person one time while he was on earth. We're going to drop in on Jesus in John 3: 1-8. The story begins: "After dark one evening (this would become a moment to remember), a Jewish religious leader named Nicodemus (by the way, God knows your name and would like to have it recorded in heaven), a Pharisee, came to speak with Jesus." That's the setting, how about the person? Nicodemus gives us a glimpse into what he believes about Jesus: "Teacher,' he said, 'we all know that God has sent you to teach us. Your miraculous signs are proof enough that God is with you'" (verses 1,2). In one sense Nicodemus had "accepted Jesus." Like many people, including my Muslim friend, Nicodemus believed that Jesus was a teacher sent from God – not a false prophet. Nicodemus is going to keep Jesus under the umbrella of God. Nicodemus believed Jesus was a worker of miracles. He believed God was with Jesus. Many people do.

Now we know a little bit more about Nicodemus. He was a Jewish religious leader. More than this he was a member of an elite, and strict religious group known as the Pharisees, or "brotherhood." William Barclay writes that this brotherhood was entered into "by taking a pledge in front of three witnesses that they would spend all their lives observing every detail of the scribal law" (God's Word). (Barclay, the daily study bible series, John, Vol. 1, p. 120). In today's language we'd say he not only was a "bible believer," but sought to live his life by it.

Now his leadership included being a member of a group called the "Sanhedrin" an assembly of seventy men, the supreme court over that religious life of the Jewish people. Pretty impressive! By both appearance and commitment he would have been considered "good enough" to go to heaven.

Did Jesus agree? Verse 3: "I assure you, unless you are BORN AGAIN, you can never see the kingdom of God." Oh, oh there's that term, "Born again." Now I step softly as I proceed, for I know there are those who have been critical of evangelicals who define themselves under this term. Perhaps it can come across as a one-upmanship over believers who identify themselves with words from other traditions.

Nicodemus struggled with Jesus' response to him. "What do you mean?" exclaimed Nicodemus (some emotion displayed here). "How can an old man go back into his mother's womb and be born again?" Now the term, "born again" can also be translated, "born from above." Jesus is speaking spiritually here.

The point being, in ourselves, even with the best religion and intentions, we can never be "good enough," to go to heaven. The apostle Paul reminds us; "For ALL have sinned and fall short of God's glorious standard" (what he created us to be). Jesus goes on to give us a brief sex-education lesson: "Humans can produce only human life, but the Holy Spirit gives us new life from heaven" (verse 6). Christian parents need to share their faith with their children but children can't get to heaven on the "family plan." They need to be born again themselves. Now I want to make clear here that a person is born again – born from above by opening their life to Jesus and inviting him into their lives as their personal Lord and Savior. When they (or we) do this the Holy Spirit comes to indwell us, we then are born from above; that is, God's personal involvement in our lives. Romans 8:9 reminds us "...that those who do not have the Spirit of Christ living in them are not Christians at all."

I've met people over the years who claim to have been born again, but show no evidence of it in their lives. What did they understand praying to receive Jesus to mean, making a reservation for heaven? I know of people who claim to have received Jesus as their personal Savior, but they don't want anything to do with the "rules of the church." Are they missing the point? Where we're not saved by trying to be good enough (obeying the 'rules of the church' if you prefer) we are called to live a new life. Paul wrote to the Ephesians (and to us all): "...there must be a spiritual renewal of your thoughts and attitudes. You must display a new nature (a born from above nature) because you are a new person created in God's likeness – righteous, holy and true" Ephesians 4:23,24). One dad, who had been a severe alcoholic and abusive to his family, came to know Jesus as his personal Savior (and Lord) testified to his children" "The old daddy doesn't live here any more," and then began to live it out. Paul wrote to the believers in Philippi: "for God is working in you, giving you the desire to obey him and the power to do what pleases him." (Philippians 2:13)

Paul, an extremely religious Jew, and a Pharisee in the strictest sense, had this to say about trying to become good enough to go to heaven: "I once thought all these things (his strict life) were so very important, but now I consider them worthless because of what Christ has done. Yes, everything is worthless when compared with the priceless gain to knowing Christ Jesus my Lord. I have discarded everything else, counting it garbage (Paul was a straight-shooter), so I may have Christ and become one with him. I know longer count on my own goodness or my ability to obey God's law (including the ten commandments) but trust in Christ to save me. For God's way of making us right with himself depends on faith" (Philippians 3: 7-9).

But Paul knew he was on a journey with Christ. He wrote in Philippians 3:12: "I don't mean to say that I have already achieved these things or that I have already reached perfection. But I keep working toward that day when I will finally be all that Christ Jesus saved me for and wants me to be."

No, we can't get to heaven by being "good enough" but if we give our life to Christ and are born again when we stand before Him someday, Jesus will not be standing there with a checklist in his hand, but with open arms saying: "Welcome home my son (or daughter), enter into the joy of your Lord." Will he be able to say that to you?