Pastor Joe - You are Missed! 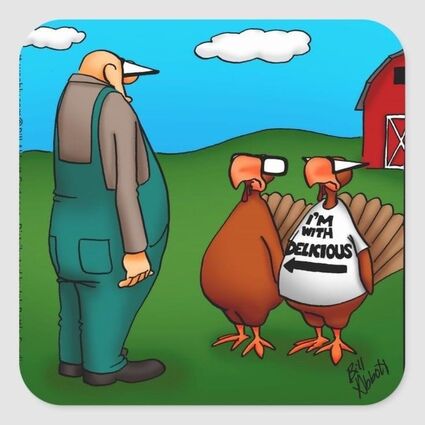 Every once in awhile someone comes along who impacts your life in ways they don't even realize.

One such person for me was Pastor Joe. He was an extraordinary man.

I first met him around twenty years ago, when I was introducing Brandon to Sunday School.

Brandon wanted nothing to do with it and Pastor Joe talked to him. He told Brandon that he thought it would be ok if mom sat at Sunday School with him.

Nothing worked and Sunday School ended for Brandon. But the friendship with Pastor Joe remained.

I saw him here and there throughout the years. The next big event in my life that he was a huge part of was when my Grandma passed away.

Once again, I thought he was amazing! He helped give you a feeling of peace.

As time went on, he began writing for the newspaper. I remember visiting with him at his cabin and saw his typewriter. Yep, he really wrote his column using a typewriter!

We had a good chuckle about it. I did help him find another one when his wasn't working any longer - even though computers are the only way to go in my opinion!

Julie started working for the newspaper and the fun times began!

Pastor Joe would bring her lunch every day, and he always had witty comments.

I also loved his one-liners. He would come with his joke and tell the office. We would be laughing and Julie would say, "But Joephus it doesn't make any sense. I don't get it!"

I loved it! Pastor Joe would bring some jokes for me to use in my column, too.

Pastor Joe was a kind, caring and helpful individual. He was full of advice and helped me through a few rough patches in my life. I am going to miss his words of wisdom.

I loved his love of all animals. He helped us with a bird at the office. Another time, I ordered an elephant for Blu. It had a music box in it, and I asked Pastor Joe if he would like to have it cuz Blu would just chew out the music box. It was like I offered him a million dollars from the smile on his face.

He shoveled at our office for us and many other places around town. He picked up litter on his many walks. One day I asked him about getting the trash out of the bushes. Yes, he did that and we had a good laugh.

He had the most kind, caring and compassionate soul.

I went to see him in the hospital before I left on my trip to Idaho. He held my hand and asked me what I thought about everything with him.

My response was, "It sucks, but all of us leave here at some point. I also know you are ready to go so I understand." He told me, "Well said."

That was the last time I was able to talk with him and not a day goes by that he isn't missed!

You were loved by all and will be missed by many, Pastor Joe!

Preheat oven to 375 degrees and line two large baking sheets with parchment paper. Make cookie dough: In a large bowl using an electric mixer (or in a stand mixer), beat butter and sugars until light and fluffy, about 2 minutes. Slowly beat in vanilla extract and eggs until evenly incorporated.

In a separate bowl, mix flour, baking soda, and salt. Stir into butter-sugar mixture until just combined, then fold in chocolate chips.

Make s'mores: Cut each marshmallow in half lengthwise. Sandwich halved marshmallow and one square chocolate between two squares of graham cracker. Repeat with remaining s'more ingredients.

Assemble cookies: Scoop approximately 1/4 cup of cookie dough, flatten into a round slightly larger than the s'more, place on prepared baking sheet, and place prepared s'more on stop. Scoop another 1/4 cup of cookie dough, flatten, and use to cover s'more until no graham cracker is visible. Flip cookie so first scoop of dough is now the top of the cookie. Repeat until remaining dough and s'mores are used. Refrigerate on baking sheets for 10 to 15 minutes.

Why did the farmer have to separate the chicken and the turkey?" "He sensed fowl play."

What key has legs and can't open a door? "A turkey."

Why did they let the turkey join the band? "Because he had his own drumsticks."

What happened to the turkey that got in a fight? "He got the stuffing knocked out of him!"

Why shouldn't you sit next to a turkey at dinner? "Because he will gobble it up."

If you call a big turkey a gobbler, what do you call a small one? "A goblet."

What do you call a running turkey? "Fast food."

These are the one-liner type of jokes Pastor Joe would come to the office to tell. Julie would never understand them and scoot him out the door as the rest of us were laughing our butts off! I'm not sure if I was laughing more at the jokes or the two of them! They get the most loveable and cutest couple award in my book!