YOU WILL BE MISSED JONES! 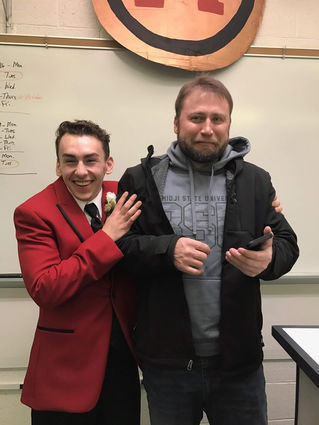 Brandon goofing around with Jones

I was in shock, like many others were, when I heard Dan Jones had passed away.

I normally don't call Brandon too early in the morning, but I did that day so he could hear the news from me and not elsewhere.

He answered his phone and I said, "Hi, ummm...Dan Jones passed away." I didn't know what or how to say it other than to just say it. He woke up quite quickly. Of course his reply was ,"how?". I told him much wasn't known about it yet.

Brandon was in shock, just like I was. It made it worse when I called him later to let him know it was a suicide.

Brandon said, "I knew he was depressed...