A little history quiz for the brightest 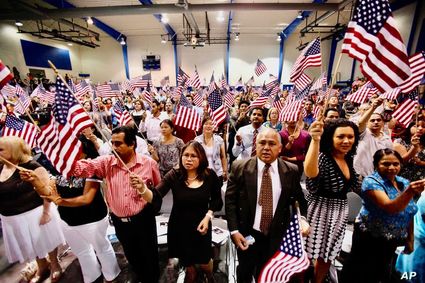 We are an immigrant nation.

At the beginning of the 20th Century, the White Anglo-Saxon Protestants (WASPs) didn't much care for the hordes of invading Irish, Italians, Slavs, Greeks, and Germans coming through Ellis Island and pouring into the big cities with their strange dialects, religious beliefs, and large families.

Now, it's hard to tell the difference between them (the invaders) and us (we who belong here).

Wait a minute. My people were the outsiders.

Last weekend, my brother Rob was sending emails and texts looking for answers.

We can't get them anymore. Everyone is dead who had th...