ONE STEP AT A TIME 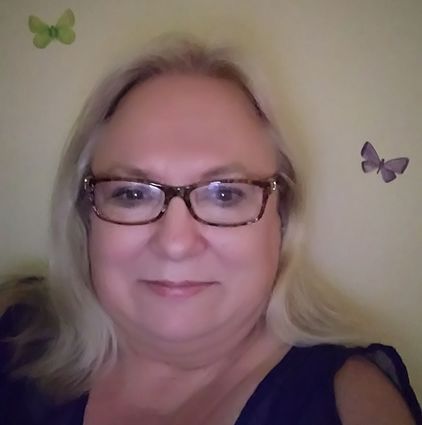 Years ago when we lived in Chicago, we met a lady named Kathy Denman. Both she and Joe attended North Park Seminary. She and her son became a very important part in our lives. How did this happen? Kathy did a lot of sharing, telling stories about her life. One of her stories has impacted me and will continue to impact me for the rest of my life. Kathy gave me permission to share her experience.

For the winter term of her last year of seminary, she decided to go to Israel and do some studies at the Hebrew University in Jerusalem. While there, she traveled around the nation of Israel, visiting as many historical sites as she could during that time. One particular morning, she had the opportunity to take a tour bus to the site of Cana in Galilee, the biblical village where Jesus had attended a wedding and turned water into wine. Her bus took her and several others to the small town of Kafar Kana which actually means "Village of Cana". It is not the actual biblical village of Cana but was about 5 kilometers from the biblical village. It was a small community of both Jews and Palestinians and where Jews, Christians, and Muslims lived side by side happily with no conflicts. This was very significant considering these were the days of the "intifadah" and Yassar Arafat. They disembarked the bus and walked through the village and marveled at the unity in the midst of diversity. They spoke to some of the village inhabitants and bought snacks and water at their stores.

Kathy wrote, "Our tour guide told us we would be hiking the 5 kilometers to the biblical village of Cana, which was at that time an archaeological dig and excavation site in which the actual village of Cana was being discovered and unearthed. We began our hike. We had gone about 2 kilometers when our guide suddenly stopped and ordered us to stop. He informed us that he was standing within a few feet of an unexploded land mine. Our guide ordered us to stay far behind him and he navigated the field through which we had been traveling. Finally, he retraced his steps back to where we were gathered waiting for him anxiously. He told us that those who wished to do so could return to the village and any who were brave enough to try could follow him into the archaeological dig site of Cana. The danger, our guide informed us, was due to landmines placed in the area during one of the many conflicts between Palestinians and Jews. Thirty people returned to the safety of Kafar Kana. Ten of us, myself included, continued our journey to the Cana dig site. As we began, I elected to be second in line right behind our guide, and placed my feet exactly wherever he placed his. The people behind me did the same. At least three times during the rest of our hike, I could see the land mines for myself and realized that we were actually hiking through a minefield. My heart was pounding the entire time, but I trusted in our guide to keep us safe. I was relieved to arrive at the dig site and ended up staying there with the archaeologists and coming back to Jerusalem with them. They were in jeeps and took the long way around the minefield and remarked that someone should inform the tour company to take the dirt paths around the field just to be safe".

She said, "I remember uttering the words of Proverbs 3:5-6 throughout my journey through that minefield. "Trust in the Lord with all your heart and do not lean on your own understanding. In all your ways, acknowledge him, and he will make your paths straight." Kathy gained a new understanding of what it means to truly follow someone who is making the way in front of you. She also mentioned John 14:6 which also took on a whole new meaning for her that day in Jesus saying "I am the way, the truth, and the life, no one comes to the father but by me."

Step by step, and sometimes inch by inch, is the walk of faith. The way into a situation, and the way out of a situation, His way not yours. I have a card tucked in a special spot in our house which reads, "Never be afraid to trust an unknown future to a known God." I have to remind myself of this very often!