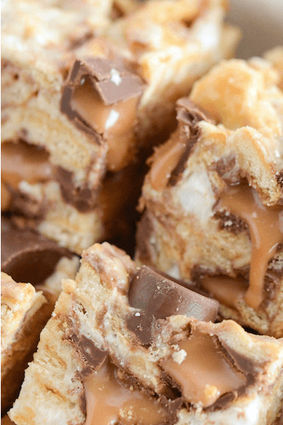 Now that I'm done writing about South Padre Island, it's time to go on another adventure! I wish...hopefully this fall!

My mom is going to love me for the topic of this column...her!

Many of you have been asking how she is doing and (in my opinion) I think she is doing surprisingly well. This makes me happy!

Now on to her latest excursion...her trial back stimulator. Finally!

A week ago Wednesday, my aunt Linda took mom to Thief River Falls to get her trial back stimulator.

Linda called to give me an update and to let me know they were on their way home. Everything seemed to have gone quite well.

Mom was a bit sleepy Wednesday as they used a little anesthesia during the insertion of the two wires into her back. The device that controlled it was strapped to her.

Once she was home, she called me to let me know they made it and that she was going to take a nap. I talked to her a little in the evening as well and she thought it seemed to be helping, but she was so sleepy I think it was hard to really tell at this point.

On Thursday and Friday, she seemed to think it was helping but I could tell she was a bit nervous of the gadget and the wires coming out of her back.

Saturday didn't seem to be quite as effective and Sunday was worse.

Monday, Kyle and I had to take her to Fargo to get it removed since it was just the trial stimulator.

Kyle and I both thought she seemed to have as much pain as before the procedure and that it didn't seem to be helping her at all. I was feeling a bit disappointed because I really thought this would help her with all the pain she has in her back.

Mom and I met with the doctor and explained how the past days with the stimulator went and he decided to call the Tech Guy Josh, (I don't know his actual title) in to see what was going on.

The doctor decided to look at the wires and he was astonished that the gauze covering was gone. Well, the directions mom had said to remove it 48 hours after the procedure. Even with that happening everything seemed to still be in place.

Once Josh arrived, he hooked up a gadget to his computer and said, "It's shut off." What!? No wonder it wasn't giving her any relief!

I had to ask Josh if he was the one mom wanted to take home with her. He said with a little chuckle, "yes it was me." We had a good laugh about it. The wonders of what anesthesia does to a person!

Mom figured since he would be calling and checking on her everyday, it would be just as easy for him to come take care of her!

Although when I saw Josh come in the office, I asked if it was him and mom didn't think so. She figured it was the lady's husband who was getting ready to leave. Oops no, that is "your Josh"!

We had a few good laughs and made it back home. Now it's just to wait for the call of when the actual stimulator will be placed. This one she won't be able to shut off by accident!

These Rolo Ritz Marshmallow Treats are very buttery with that perfect salty/sweet combo. It's a super easy no-bake dessert recipe that you'll want to make again and again!

Grease an 8x8 pan with butter, set aside.

In a large non-stick pan, melt butter over medium-high heat. Once melted add 1 and 1/2 bags of marshmallows, stirring until marshmallows melt completely. Stir in vanilla extract.

Remove from heat and quickly fold in Ritz. Stir in remaining 1/2 bag of marshmallows and then fold in the Rolos as fast as you can. I poured 75% of them in and did one quick fold (saving the rest for pressing into the top for decoration). Transfer mixture to prepared pan and spread evenly using a buttered spatula. If you saved any Rolos, press them into the top of the marshmallow treats now.

Allow to cool completely. You can speed up this process by cooling them in the refrigerator. When cooled, cut into squares and serve immediately or store in an airtight container for up to a week.

A man walked into a supermarket with his zipper down.

A lady cashier walked up to him and said, "Your barracks door is open." Not a phrase that men normally use, he went on his way looking a bit puzzled.

When he was about done shopping, a man came up and said, "Your fly is open." He zipped up and finished his shopping.

At the checkout, he intentionally got in the line where the lady was that told him about his "barracks door." He was planning to have a little fun with her so when he reached the counter he said, "When you saw my barracks door open did you see a soldier in there standing at attention?"

The lady (naturally smarter than the man) thought for a moment and said, "No, no I didn't. All I saw was a disabled veteran sitting on two old duffel bags headed home for retirement."