Time to wrap up the loose ends 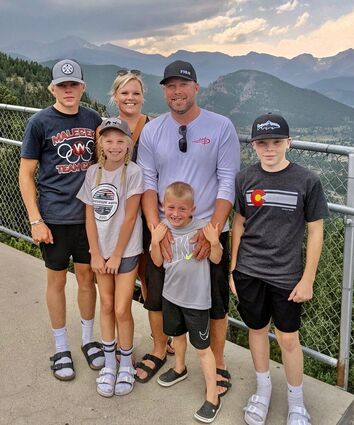 The Gruchows in Colorado - Back: Hunter, Brandi, Brandon, and Owen Front: RaeAnna and Robby

It was in mid-March when I contacted Brandon Gruchow about doing a small article.

"Text me a family photo, Coach," I said, which he most certainly did.

Then I forgot all about it until today, which is Tuesday.

And then I remembered Brandon and thought, "I better get it done."

He has ties to Roseau, but he graduated from Park Rapids High School in 2001 and was the state runner-up at 152 that March.

For most of the first period in the state finals, he had the two-time state champ, Fillmore Central's Jeremy Larson, seemingly pinned.